Underworld to test the waters of improved parental controls in iPhone 3.0

If you follow the news, you probably know that since the release of a new firmware, the whole iPhone/iPod Touch community expected it to bring a lot of apps previously rejected from distribution in the AppStore. Yet we are still unsure if it helps Underworld to get its original setting back, but we promised to take our chances anyway.

Yes, we have the version of the game, called ‘Underworld: Traffic’. It is rated ‘17+’ for Frequent/Intense Alcohol, Tobacco, or Drug Use or References and Infrequent/Mild Mature/Suggestive themes.

Underworld: Traffic will bring players into the same world as SweetDeal, with a difference in available commodities and dealer ranks.

Now we wait for the news from Apple and will let you know as soon as we get an update. Stay tuned!

Update [July 10]: Hey, we’ve  got an update from Apple. Not a very fruitful one though:

Sounds like bad news to us, considering that a previous response like that led to two and a half months of waiting and then to a reject.

Well, fingers crossed, we let you know the minute something new comes up. Meanwhile, we are still working hard on the planned game improvements. Stay with us 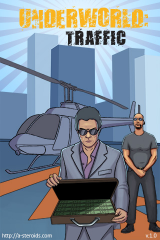 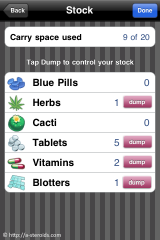 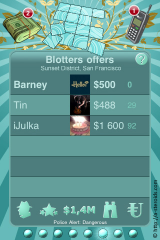 110 Responses to “Underworld to test the waters of improved parental controls in iPhone 3.0”